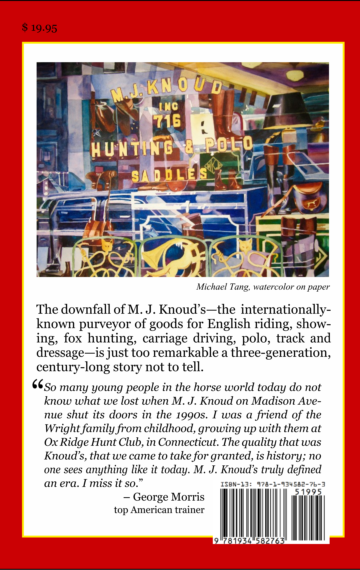 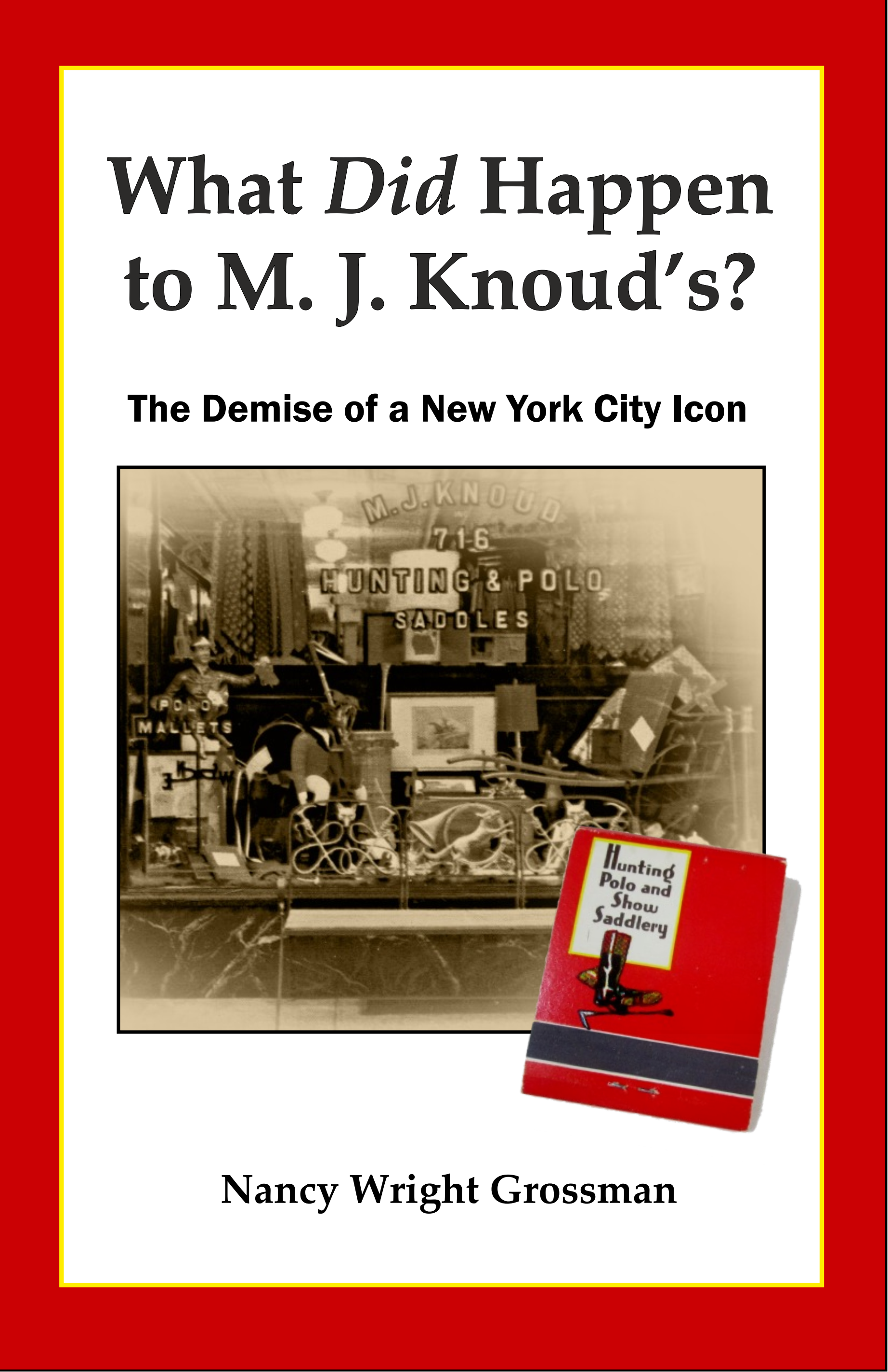 What Did Happen to M. J. Knoud’s?…
So many thriving family businesses fail to survive beyond a third generation. M. J. Knoud, the internationally known English saddlery and leather goods shop that once graced the west side of Madison Avenue between 63rd and 64th Streets, was a classic example.
Founded in the early 20th century by an Irish immigrant who had arrived in this country in 1877, it passed into the hands of a second generation in 1929, survived the Depression, and rose to its glory as New York’s Upper East Side transformed into an upscale environment of townhouses, boutiques and mansions.
Half museum, half emporium, M. J. Knoud suited its elegant neighborhood to perfection and developed a clientele of multi-generational customers from all over the world.
Equal parts history and memoir, What Did Happen to M. J. Knoud’s? tells the complicated and ultimately sad story of this famous business’s downfall. Madison Avenue and the horse world in general are the poorer for its loss.